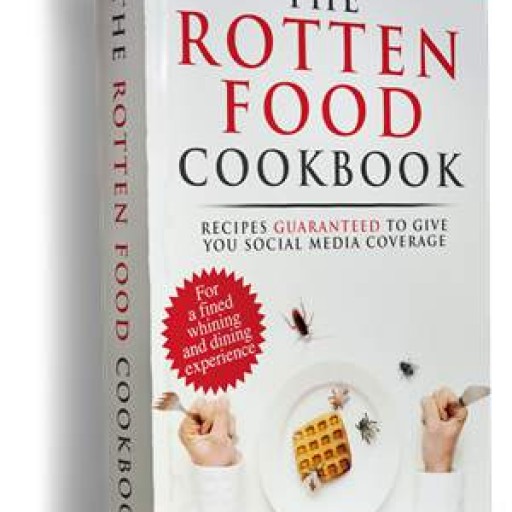 Is The Rotten Food Cookbook Effective?

What is The Rotten Food Cookbook

The Rotten Food Cookbook is a parody cookbook with every recipe designed to give you food poisoning. The names imply disaster (“Chicken Seizure Salad”, “Beef Wellingup” etc), and the instructions are very explicit.

So far no-one has had food poisoning so it would appear the recipes aren’t working.

Which is probably just as well because the next step is to explain what was wrong in the instructions and to provide a food safety tip.

Is The Rotten Food Cookbook Effective

It really comes down to the definition of effective.

Do people pick it up when they see it?

Absolutely. With its name and title, curiosity gets the better of most people.

Mostly. Some people found it to be in bad taste. Either way, I’m happy because it’s about engaging people emotionally.

Did they buy the book?

Is there an interest in the book?

Yes. I’ve been interviewed on the radio and spoken at a university about the book. I have been approached to give a series of talks early next year. There is a very strong interest in the topic.

Does it cover the hot topics in regards to food safety?

Hand washing. Yes.
Temperature control. Yes.
Cross contamination. Yes.
Raw eggs. Yes
Labelling. Yes.
Illness. Yes.
Cracked tiles. No.
And I am sure there is a long list of other things not covered, but just getting the basics right is a huge step forward. It actually covers the majority of the food handler and food safety supervisor courses.

HAS IT STOPPED FOOD POISONING

The most fundamental question, however, is “has it stopped food poisoning”. For that, I need feedback from you.

By some of the stories I have heard, people have been having a great time passing the book onto “that person” in the hope that they will get the hint.

My interview on 702 was also a great opportunity to get the message out to the general public. Anything that puts food safety on the agenda is a great thing.

So I would like to think “yes, it has been effective”