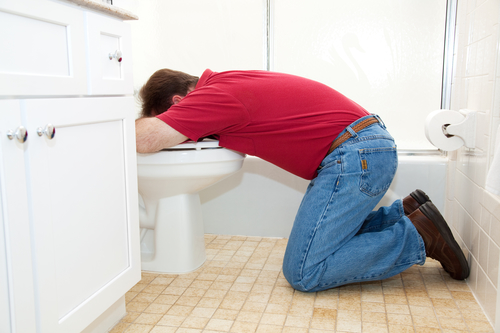 I recently made the comment online that you are more likely to get food poisoning at home than in a restaurant. Someone challenged me on this statement saying they thought it was the other way around.

Huffington Post misquoted it.
WebMD repeated it
Food Quality and Safety even went as far as to quote “It’s a myth that most food poisoning occurs from people cooking [in] their own homes. At least for reported outbreaks, the majority are linked to restaurant-prepared foods.”

What was the source of these claims?

It turns out that everyone was quoting a report titled “OUTBREAK ALERT! 2014” with the subheading “A REVIEW OF FOODBORNE ILLNESS IN AMERICA FROM 2002-2011”. It was published by the Center for Science In The Public Interest.

You can read the actual report here.

It is based on data collected by the Centers for Disease Control and Prevention (CDC).

What did the report really say?

First, the article did have the headline:

“FINDING III RESTAURANTS ARE THE MOST FREQUENT LOCATION FOR OUTBREAKS, RESPONSIBLE FOR TWICE AS MANY OUTBREAKS AS PRIVATE HOMES”

That’s pretty damning evidence that restaurants are more likely to give you food poisoning than at home.

But wait, it doesn’t say “food poisoning”, it says “outbreaks”.

Now you need to skim back to the start of the report to find:

Breaking that down, I want to pick up on some key points:

They are actually ignoring a huge number of food poisoning cases. “Vast majority” implies 70% or more. Instead they are focusing only on outbreaks where multiple people have been reported to be sick, because it is easier to understand.

Practically, if a restaurant does something that will result in food poisoning, they are much more likely to give multiple people food poisoning. If they make one bad batch of aioli, dozens or hundreds of people will eat it.

If, however, it happens at home then often only a single person is impacted. Even if multiple people are impacted, it isn’t an “outbreak” until two or more people seek medical attention and it is somehow linked in the system.

They acknowledge that the large majority of food poisoning occurs in isolated cases and I would argue that this wipes out most of the home based food poisoning data.

They even acknowledge underlying data is flawed.

The data was sourced from the Centers for Disease Control and Prevention (CDC), but they acknowledge how even the CDC’s information is limited.

“Many, perhaps most, outbreaks are never reported or fully investigated for a number of reasons. Often, foodborne illnesses do not require a physician’s assistance to treat, and are therefore never reported.
Many state and local health departments are understaffed and underfunded, which leaves them unable to fully investigate all reported outbreaks. Clinical trends, such as a move away from culture-dependent
diagnostics, leave public health investigators with fewer laboratory samples to investigate. Finally, in many cases, states are not required to report foodborne outbreaks to CDC.”

If you are understaffed and underfunded then where are you going to put your efforts? Into major outbreaks.

Short of a fatality, do they care about food poisoning at home? No.

Do they care about an outbreak that hospitalises dozens and makes it into the media? Absolutely.

Which brings me onto my final point

What are people willing to admit to?

Let’s assume someone has food poisoning.

Are they willing to visit the doctor if they believe it is their own fault, or are they more likely to soldier on?

Are the more likely to mention it on social media if it was self inflicted?

Are they more likely to jump onto social media to condemn a restaurant that gave them food poisoning?

Also, keep in mind that there is a gap between eating something and getting food poisoning, and that gap can be days. Most people are likely to have bought food over that period. Most people are quick to blame the food they have purchased, rather than the leftovers from last week.

Where are you most likely to get food poisoning?

Let’s be very clear on this – the aim of the report was not to answer that question.

Reading between the lines, I would argue the answer is “at home”.

Does it really matter

For those in hospitality

Outbreaks are most likely to be caused by restaurants and cafes. There is no denying that.

If you do something that compromises food safety, it won’t be just one person you will be impacting, but many.

And if that does happen, it will make its way into social media and possibly mainstream media.

The warning is clear – you need to ensure you are doing whatever is possible to keep your food safe.

For those at home

Next time you have food poisoning, or a case of gastro, first question what you have eaten at home before you condemn last night’s dinner at Chuck Ups.

But right now, make sure you are taking care preparing food. Follow the basics of washing your hands, avoiding cross-contamination, refrigerate, and heat up thoroughly.