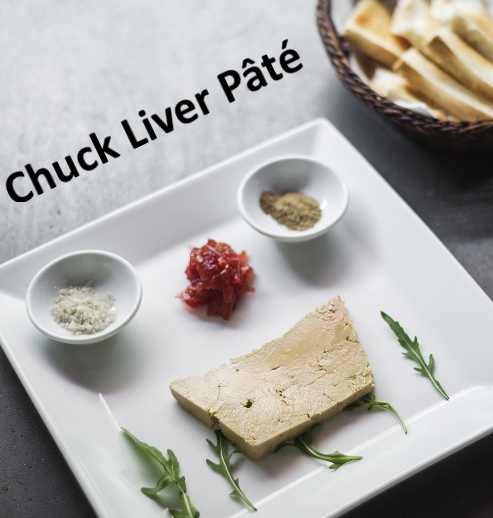 Why start with Chuck Liver Pâté

Since I am faking a cookbook, I may as well have them in cookbook order, which is typically the order of a meal.

Is this a major problem

Pâté was going out of fashion until the celebrity chefs brought it back in again. In the UK there has been an increasing number of cases of food poisoning attributed to the influence of celebrity chefs such as:

While these cases are likely to be due to raw livers on the inside and not just pink, the point is that by aiming to be fashionable, people are actually neglecting food safety.

Is it just Pâté?

Another common issue is undercooked hamburgers. If your mince is fresh and stored correctly then there is probably no risk. If, however, your mince is a bit old and has been sitting out for a while then there is a chance that bacteria has now built up and the hamburger is becoming deadly.

Once again, consumers are being encouraged to go easy on the gourmet burgers by some celebrity chefs.

You could turn everything into charcoal but that’s not ideal.

A cheap thermometer can tell you if the internal temperature is above 60°C. It is well worth the investment.

Also make sure that they are stored below 5°C to minimise bacteria growth.

As I said in the book “temperature is a recurring theme.

I didn’t have the heart to dwell on offal jokes for too long because most people can’t stomach them. Instead I will leave you with this oldie from my school days…

A boy said to his mother “I hate your guts” and she says “don’t worry dear. Just push them aside and finish your vegetables”.